Posted on August 4, 2012 by snoremonster 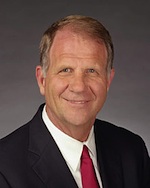 Rep. Ted Poe (R-Texas), who also sits on the House Judiciary Committee that oversees immigration, told Newsmax yesterday that Pres. Obama’s immigration enforcement policies endanger Americans. Rep. Poe spoke out after the Judiciary Committee released a report earlier this week that found that of all criminal illegal aliens that the Administration was made aware of between 2008 and 2011, 17% were arrested after committing another crime.