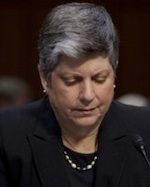 A Texas federal judge has ruled that the Obama Administration is most likely violating the law by ordering Immigration and Customs Enforcement agents to release illegal aliens that the administration has deemed as low-priority. Judge Reed O’Conner wrote in a court order on Tuesday that Congress sets the priorities for arresting illegal aliens not the Administration.

“The court finds that DHS does not have discretion to refuse to initiate removal proceedings,” Judge O’Connor wrote.

According to a story in The Washington Times:

For the last several years the administration has said it will no longer arrest most illegal immigrants, arguing it wants to focus only on those with serious criminal records or gang ties. The Homeland Security department said it was using “prosecutorial discretion.”

Immigration agents and officers sued, saying federal law requires them to make the arrests, but the Obama administration would discipline them if they complied with the law.

Federal Judge Reed O’Connor said in a court order Tuesday that Congress, not the president, sets priority for arresting illegal immigrants, and said the law requires them to be put in deportation proceedings.

“The court finds that DHS does not have discretion to refuse to initiate removal proceedings,” Judge O’Connor wrote.

He said if Homeland Security officials want to set priorities for who they deport, they can do that later — but they cannot control who agents arrest.

The order is not a final ruling. Judge O’Connor said he still needs more information from both the administration and the immigration agents about whether the agents had another avenue to protest the policy rather than to go to court.

He asked both sides to submit more information by May 6.

Still, Tuesday’s order makes clear that the judge rejects the central part of Mr. Obama’s claim that he can use discretion to decide not to arrest some illegal immigrants.

The case was brought by the U.S. Immigration and Customs Enforcement (ICE) Council, the labor union that represents ICE agents and officers.

Ms. Napolitano says Congress gives her agency enough funding to deport about 400,000 people a year — a small fraction of the estimated 11 million in the country. Given that, she said it makes sense for her agents to focus on the most serious offenders, rather than rank-and-file illegal immigrants holding jobs or attending school.